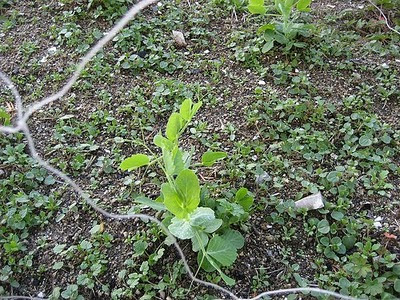 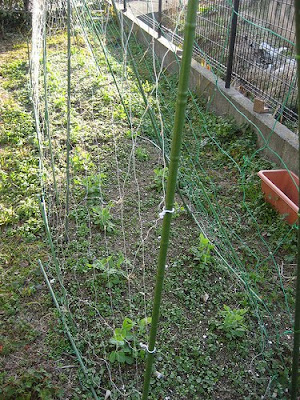 My father died of cancer earlier last week. He was 79 year old. Generally, people in Japan hold two funerals for a person who died. They hold the first funeral called "Tsuya"（通夜） in an evening as soon as possible. And at the day after "Tsuya", they hold an official funeral called "Soushiki"（葬式） or "Sougi"（葬儀）. My father's "Tsuya" was January 20, and "Soushiki" was 21.

He was identified as having lung cancer in the end of October last year. He started taking anti-cancer drug in a hospital in the first of November. But, he stopped receiving this treatment in the first of December because the doctor could not find any good sign of treatment, only found bad effect against his body. He was back to home, and spent time with his wife (my mother).
He checked in the hospital again on the Christmas day after staying home for about 2 weeks because he felt severe problem in his body. We (I, my mother and brother) recognized he had weakened day by day since then.
My father's death did not cause a strong emotion to me during the funerals because I am not so an emotional person, but I am slightly filled with tears when I see my mother sobbing.
By the way, I have grown peas in my garden. The seeds of them were taken from last year's peas. The original peas were given to me from my father in 2008. I will continue to grow these peas as possible as long, and I can remember my father when I eat them.
投稿者 bikenglish 時刻: 8:03 AM

I was sorry to hear about your father. I think it is wonderful that you are growing the peas as a way to remember him. I hope they continue to produce well in the future.

Sorry to hear about your father, bike-san. Keep strong. The peas are looking nice

I'm sorry to hear about your father! My condolences. Losing a father is a difficult time in life.

I'm sorry for your loss. I can't really imagine what it will be like when my own parents pass away.

Thank you very much for kind message. Sometimes I feel sad when I remember my father. But, I have to take care of my mother because she has started her single life.