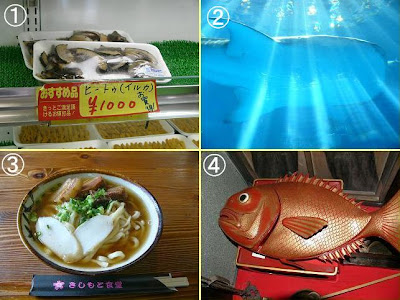 I went to Okinawa during from August 23 to 25 with my family.

It was sold at a local market. I didn't know that folks in Okinawa have a custom to eat dolphin's meat. But the fact didn't surprise me very much because I have heard people who live in Iki island, Nagasaki have similar custom.

I have never eaten a dolphin's meat but I used to eat a whale's meat in my childhood. It was low-cost, and good taste. In that days, lions in a zoo ate it because of low-cost. Now, I have sometimes eaten it, but the amount of it that I can eat is very few because it is so expensive.

There has still been a custom to eat a dog in Korea. I think that it is not cruel to eat other mammals except domestic animals like cow and pig.

We saw "Jinbei-zame"s at "Chura-umi-suizoku-kan". They were very big, so I think it is worth to see them there.

We ate a Okinawa's traditional noodle named "Okinawa-soba" or "Souki-soba". It was very delicious but a little bit expensive, 600yen.

This photo was not taken at Okinawa. I took this photo at an antique shop in Munakata city, Fukuoka where we dropped in on our way home. I didn't know how to use it, but I thought it was a big container for foods. Its price was 150 thousand yen, so expensive! 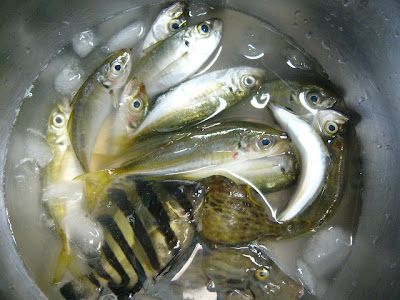 I went fishing to nearby sea coast with my son and daughter. But, we suspended fishing about one hour ago from starting because my son claimed a sudden stomach ache. After we came back home, his condition became better.

So the result was not good enough. It includes twelve "Aji-go"(small Aji), two "Kawahagi" and one "Sanbasou". They are all less than 12cm. We will eat them tomorrow or the day after tomorrow by making them "Nanban-zuke". 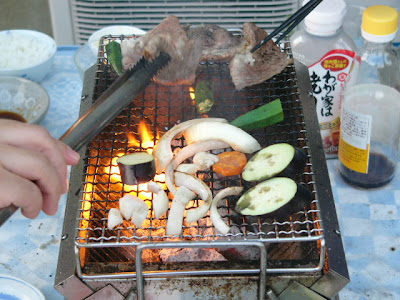 Yesterday, my family had a barbecue dinner in a small yard of our house. We often do it in
summer, because we like it very much. I feel that a charcoal fire makes every foods good taste even though the meat is not expensive.

I think that they express how an American sitcom looks for Japanese people very well. How do you think about it?
投稿者 bikenglish 時刻: 10:41 PM No comments:

My experience of "diet!"

I have had a simple web-site about riding a bike. But, now, I don't edit it. It includs my experince of "diet". If you are interested in losing your weight, please check it!
http://www.geocities.jp/bikenglish2/archive/diet.html
投稿者 bikenglish 時刻: 2:52 AM 1 comment:

Today, I went to a pool in Ashiya-town with my family. In Japan, there are a lot of public pool. Going pool is a low-cost leisure for ordinary people in summer time.
投稿者 bikenglish 時刻: 8:36 PM 1 comment: 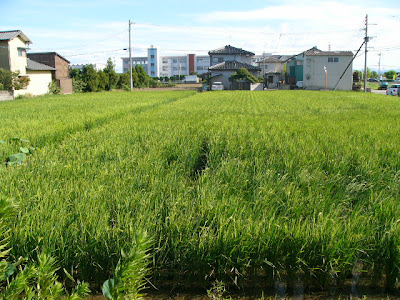 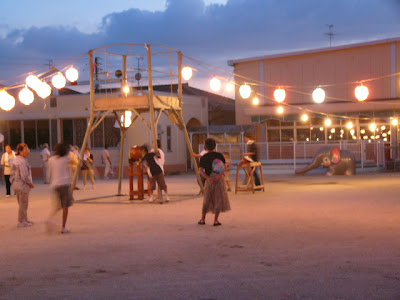 Yesterday, I took part in rehearsal of "Bon-odori" festival in my neighborhood. It was held in a yard of a kinder garden in my area."Bon-odori" will be held on August 13,14.

"Bon-odori" is held in comparatively rural areas, so just where I live. Urban area like Tokyo does not have it.
People in Japan have believed that the spirit of their ancient come back to their area in "Bon" period, August 13 to 15. So they welcome the spirits with "Bon-odori" dance.
"Bon-odori" dance and does not include fast moving like hip-hop dance. So almost of dancers are older women. (If "Bon-odori" dancers dance with hip-hop music, it seems very funny!) They create a circle and walk slowly with dancing. It is a kind of folk dance.
Bon-odori=盆踊り

I wanted to describe my opinion about "comfort women " on this blog, so I studied it on the Internet, but I gave up it because it has a lot of complexed problems and it is very difficult for me to explain about it in English.

But a simple question have still remained in my mind. "Why do American lawmakers pick up this issue now, since these happened more than sixty years ago?" "If Americans demand Japanese apology about this problem, we could demand American apology to native Americans on the wrong doing that the first immigrant did to them 400 years ago."

Almost Japanese people do not know what has happened in Washington D.C.