How to use Kindle

In this point, there have not been any Japanese books sold by Amazon for Kindle yet. So, we have to create Japanese texts that is available on Kindle. Now, I am developing several ways for it. I introduce two useful ways that cost no money.
The first way is by using the websites, Aozora-bunko（青空文庫） and Aozora-kindoru（青空キンドル）. At Aozora-bunko, you can get Japanese texts that is out of copyright with free. And you can convert a text into a PDF file that is written in vertical direction by using Aozora-kindle. I have downloaded some books into my Kindle. They includes Terada Torahiko's（寺田寅彦） essays and Kikuchi Kan's（菊池寛） novels.
The second is for my business. I often see some documents about my work. They includes laws and rules in particular fields. I can see these documents on my Kindle by sending text files or PDF files to my own kindle's e-mail address.
Kindle is a interesting device, but my hope is to be able to read newly published Japanese books by it. 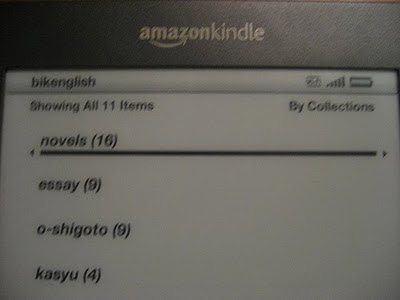 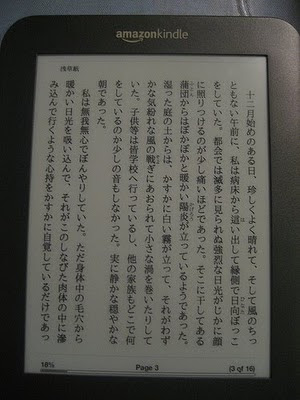 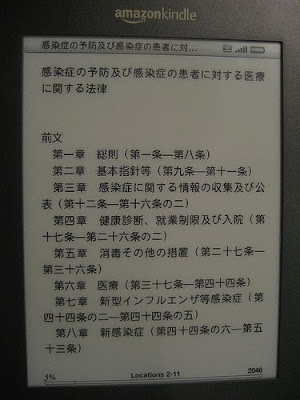 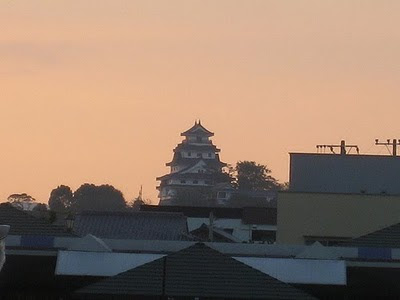 Last Sunday, I visited "Karatsu"（唐津） with my family. The purpose of this trip is to spend relaxed time at a hotel. The city of "Karatsu" locates in the eastern end of Saga prefecture（佐賀県）. It took about 2hours by car to get to the hotel from my home. (But, we used several roads that require fees to reduce the driving time. If not, it would take more than three hours.)
After taking a bath, we had dinner at the restaurant in the hotel.
The next day, Monday, we visited "Yobuko"（呼子） where is famous for its morning market. We bought several foods there and went back to "Karatsu-Jo"(castle)（唐津城）. For our lunch, we ate "Karatsu-burger"（唐津バーガー） in "Niji-no-Matsubara"（虹の松原） where is a man-made forest with a lot of traditional pine tree.
On our way to our home, we stopped at ”Canal City Hakata”（キャナルシティ博多） in the city of Fukuoka because our children wanted to buy some character goods at "Jump-shop" and "Pokemon-center".
I took several photos in this trip, but unfortunately, I could not take a photo on the second day because my camera's battery was out.
投稿者 bikenglish 時刻: 7:09 AM 2 comments: Recently, I have got the "amazon-kindle Wi-Fi" without considering about how to use it because its price looked very attractive to me.
I have learned how to use the device from several web-site about it after the oder. In my final thought, the kindle is a very good device for non-native English speaker to learn English because we can read many English texts written in English that are downloaded from web-sites by using the device and also it can read a text loudly aloud in English.
For a while, I will try to use it in several usages.
投稿者 bikenglish 時刻: 7:11 PM 3 comments: