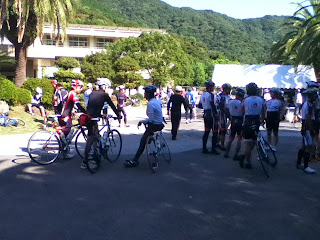 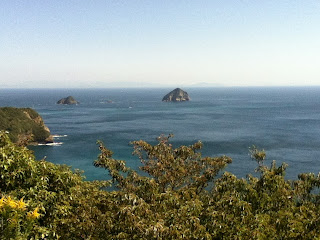 Yesterday, I took part in a cycle event named "Tour de Saiki". I had entered the B-course that was about 103km bike ride. But, an accident happened on me at the point of 30km away from the start.

I fell down from my bike after losing balance by touching a small step. I felt pain on my right and left shoulder, but continued the ride. Finally, I gave up the complete course and reached the goal after 47km ride after the accident.

Today, I saw a doctor and the X-ray did not show a fracture. But, I have still had pain in my right hand and left shoulder.

Although I was injured in this event, I enjoyed the great marine view and "sushi" that is one of the town's good dishes. I will take part in the next year's event and would like to achieve 103km course at that time.

"Koke-chai-mashita" is a famous phase of a marathon runner named "Hiromi Taniguchi" in the Olympic Game in Baｒceｌona in 1992.

P.S.  October 19, I saw a doctor again. He diagnosed fraction in my left shoulder after he examined a picture took by MRI(magnetic resonance image) system. Now, I cannot bring a heavy thing by my left hand and I have to be in a calm life for a while. 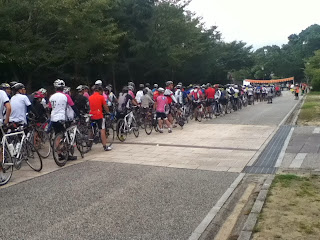 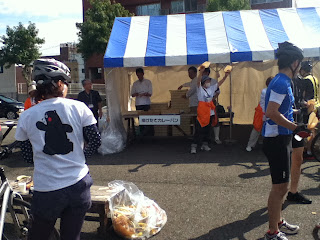 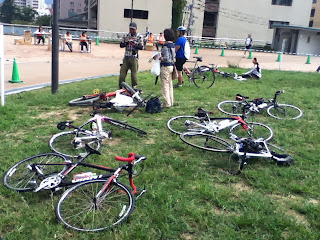 Today, I took part in "Cycle Tour Kitakyushu 2013" that was held in the city of Kitakyushu. This time, I had no a partner who run with me although my daughter did at the last year's event.

I found a group of Koreans in the many participants. I wrote about Koreans who took part in the last year's event.

I had entered "Challenge Course" that is about 50km bike ride. But, I had a little bit complaint about the course because it makes up almost city roads that force us often to stop at signals.

It was good and hot weather that left "comfortable" tiredness to me.