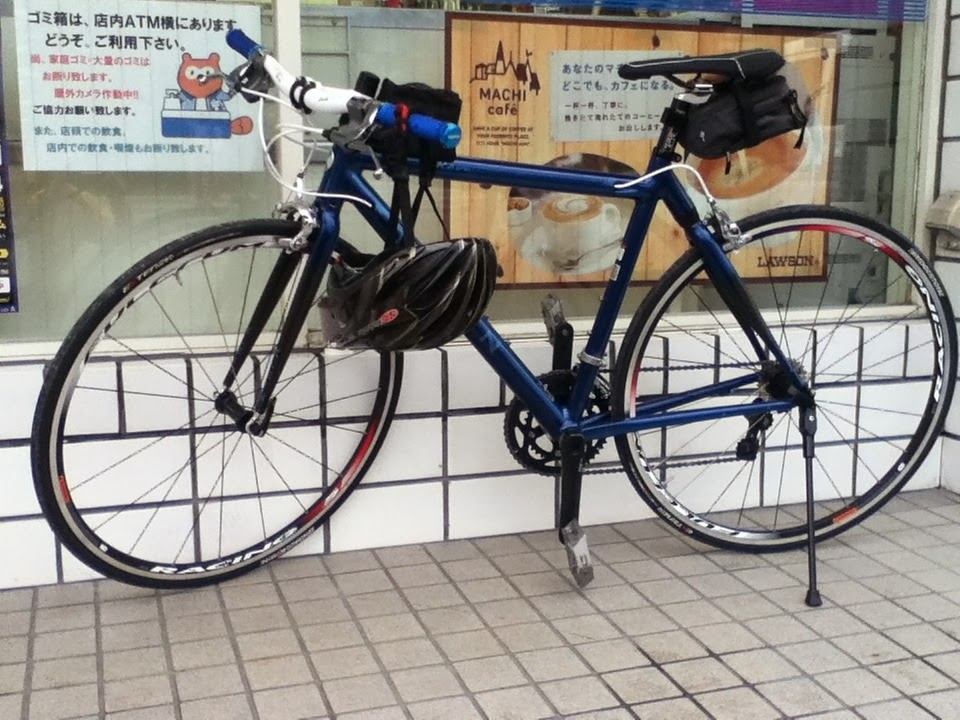 About four years and four months ago, I replaced my bike's frame from "Klein" to "Anchor". So, the "Klein" frame had been used for a long time.

This time, I had decided to build a new bike by using the old frame. I ordered a bike shop to arrange several parts for it with a budget of about 100,000 yen.

I chose a fat-bar handle because I want to ride a bike with less stress than using a drop handle.

I saw a movie called "Eien no 0"（永遠の０（ゼロ）） on January 2 at a nearby movie theater. The story is about "Zero-sen"(Mitsubishi A6m Zero)（ゼロ戦） and a pilot who died in a suicide-attack that is called "Tokkou"(特攻） during the World War 2.

I have already read its original book written by "Naoki Hyakuta"（百田尚樹） and had been interested in how the movement of the "Zero-sen" is expressed in the movie.

I wanted to know about how the "Zero-sen" did well in a battle. Because some people say it is one of the best fighters at that time(the beginning of WW2), and some say it is not.

Unfortunately, I could not find the answer in the movie because it does not tell good enough about it. I thought that the movie is not very good, but pretty good.

Activists Call for an International Ban on Killer Robots

"Terminator" might become a reality, just not a character in a movie.