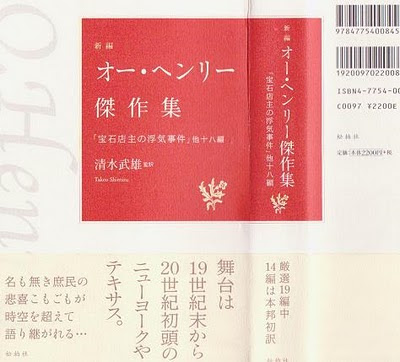 O.Henry is one of the most famous American writers because "The Gift of the Magi"（賢者の贈り物） is used as English text in many junior high school in Japan.

By the way, I studied O.Henry's "The Exact Science of Matrimony" on the VOA Special English program several days ago. But, unfortunately, I could not understand the important part of the story so well.

So, I decided to buy the O.Henry's book translated in Japanese. I ordered its second hand book through "amazon". Finally, I understood the story after reading it.
投稿者 bikenglish 時刻: 6:04 PM 3 comments: 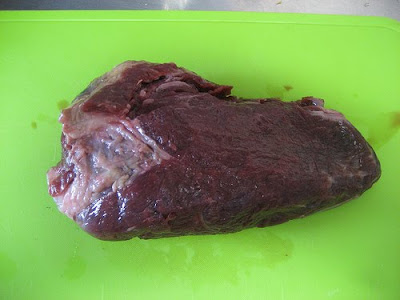 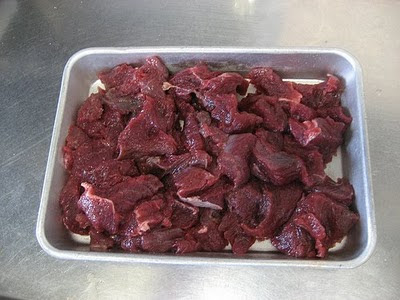 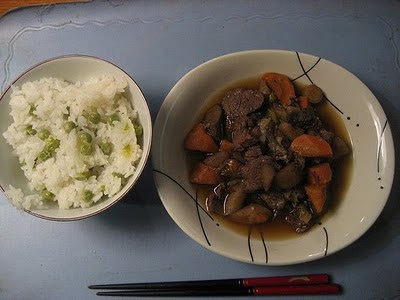 Last Sunday, I cooked the wild boar's meat for our dinner. It was better than we expected. The left in this photo is "mame-gohan"（豆ご飯） that included peas taken from my garden. 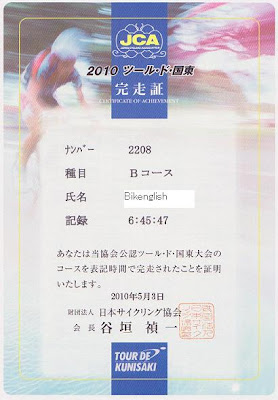 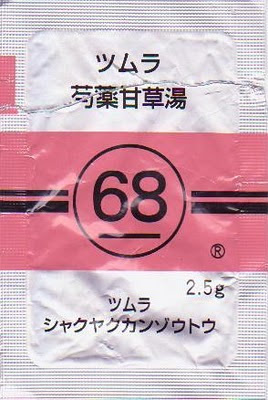 Yesterday, I took part in a bike event called "Tour de Kunisaki"（ツールド国東） that is held every year at "Kunisaki"（国東） peninsula, Oita prefecture with my friend. It was the forth challenge to me. I tried to run faster than last year's record, but I could not achieve it.

In my defense, I got a severe cramp in my right leg in about three hours so I could not continue to run. I had to take a short rest for about 10 minutes.

When I massaged myself to ease the pain on my leg, a participant who had been repairing a flat tire near my stop point gave a drug called "syakuyaku-kanzou-tou"（芍薬甘草湯）. He said "this drug can ease your pain after a few minutes". I decided to receive his kindness and I took it with water. (But, unfotunately, to the truth, I could not recognize the drug's effect really. )

I started to run again in relatively slow speed and I managed to get to the goal.

After the race, we went to that day's accommodation that is run by an elder's couple. We have used it the year before last year. We went to bed after enjoying dinner and conversation with them.

Today's morning, we had a good conversation with them again taking breakfast. When we left the accommodation, they gave frozen wild boar's meat（イノシシの肉） that they got from their friend.

Back to my at home, I researched the effect of "syakuyaku-kanzou-tou" on the Internet and I could confirm found out what it is supposed to do. 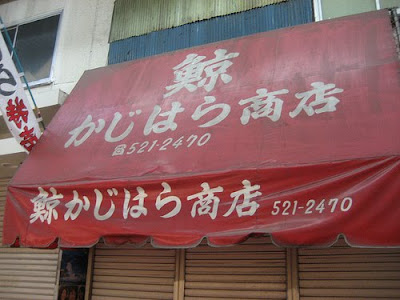 "Tanga-Ichiba"（旦過市場） that locates near my office is the most famous market in the city of Kitakyushu. It includes a lot of small businesses. I took several photos of their signs in the market. I hope you can feel the atmosphere of it from these photos.
*I have liked this title to the photo set on my photostream on Flickr.
投稿者 bikenglish 時刻: 7:12 AM 2 comments: