The Southern All Stars is a well-known Japanese pop rock band. Recently, they have started their activities after about a five-year rest.

Last Friday, I saw their performance on a TV program, "Music Station". I was impressed by the lyric of their new song, "Peace To High-Light", because it tells about conflicts that have happened around the world in these days.

They have a lot of hit songs that are mainly love songs, but, this time, the song deals directly with a very serious and important problem.

I think that this is a representative event that means that Japan or Japanese are in a very difficult situation in this time. 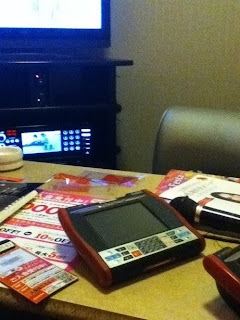 Yesterday, I went to a "Karaoke-box" called "Shidax" to cheer up my daughter who has a little problem in her school life in recent days.

I have not often used this kind of entertainment, but it is a good thing to go there as a method of stress reduction.