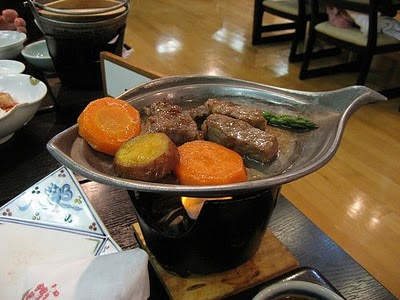 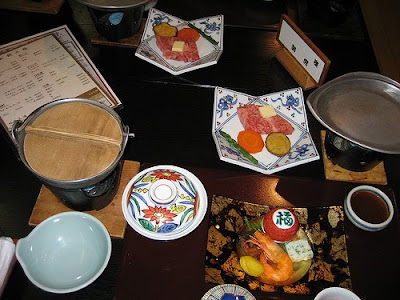 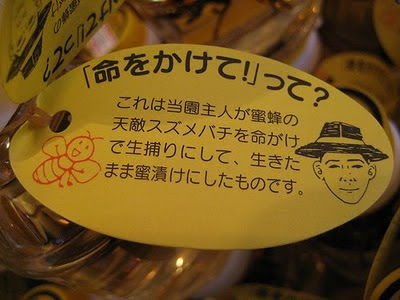 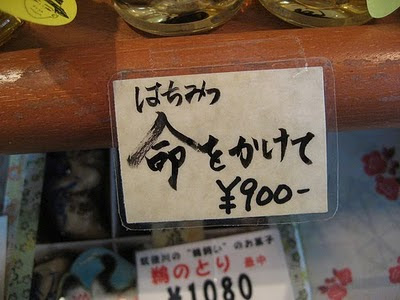 Every year, my family have a small trip in the end of December. Its aim is mainly to heal our bodies by bathing in "onsen".

This year, we went to "Harazuru-onsen"（原鶴温泉） in Fukuoka prefecture and stayed one night at a hotel. But, I could not enjoy this trip so much because of a severe problem in my family. (However, I am not in the mood for writing about it here.)
I took only above five photos. The first two are the hotel's dishes. And the second three are a honey bottle sold in a souvenir shop in the hotel. It contains a vespinae. The naming is a little bit funny, I think.
投稿者 bikenglish 時刻: 6:32 PM 4 comments:

In this season, Christmas season, we can see illuminations in many places, including private house. This a nearby house with decorative lights.

I am not interested in decorating my house with this type of illumination, but I like seeing them.
投稿者 bikenglish 時刻: 7:52 PM 2 comments:

Today, it was cloudy, and a little bit rainy. But, I rode my bike for about 2 hours in this bad condition.

However, I saw a lot of surfers enjoying this bad weather on my way. Big waves make it possible for them to ride surf boards.
投稿者 bikenglish 時刻: 5:52 PM 3 comments: 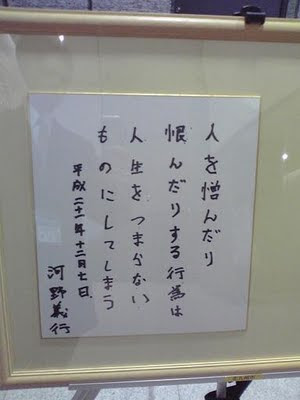 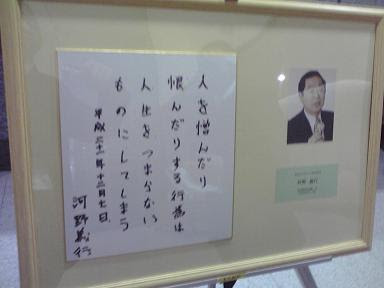 Yesterday, I had a chance to listen to a lecture by a victim in "Matsumoto-sarin-incident"（松本サリン事件） that happened in 1994. He talked about his valuable and very hard experience in his speech. He was certainly one of victims, but at first the police and media had treated him as a suspect. And this wrong condition continued for about one year. He had become a true victim after the police announced that the true criminal were the believers in "Aum-Shinrikyou"(オウム真理教).

After the lecture, I saw a message written by the speaker in the hall. I was a little bit impressed with it. I try to translate it into English.

「人を憎んだり、恨んだりする行為は人生をつまらないものにしてしまう」
"Hate, or grudge lets your life something dull."
"To hate others, or to hold a grudge against others spoil a person's life."
I am not confident in this translation, so I welcome your correction.
投稿者 bikenglish 時刻: 5:06 AM No comments:

I have learned that it was heavily rained in the end of November in Saudi Arabia. The news said the amount of rain in the day was over the total amount of rain that they have in a usual year.

I wonder that it might be by the effect of climate change.
投稿者 bikenglish 時刻: 6:01 AM 2 comments: