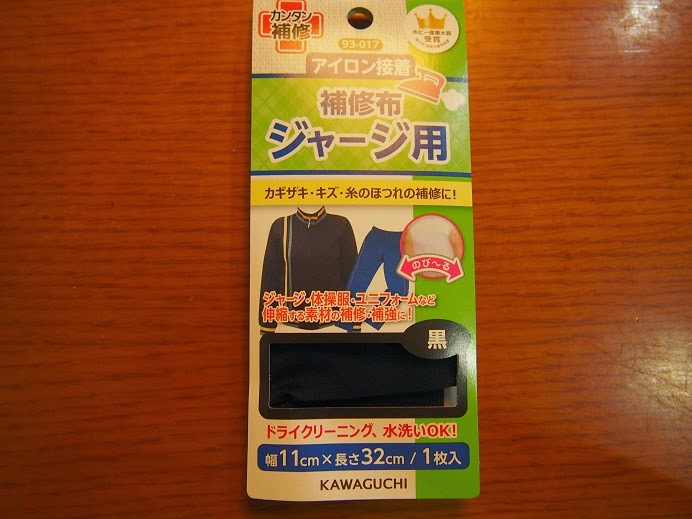 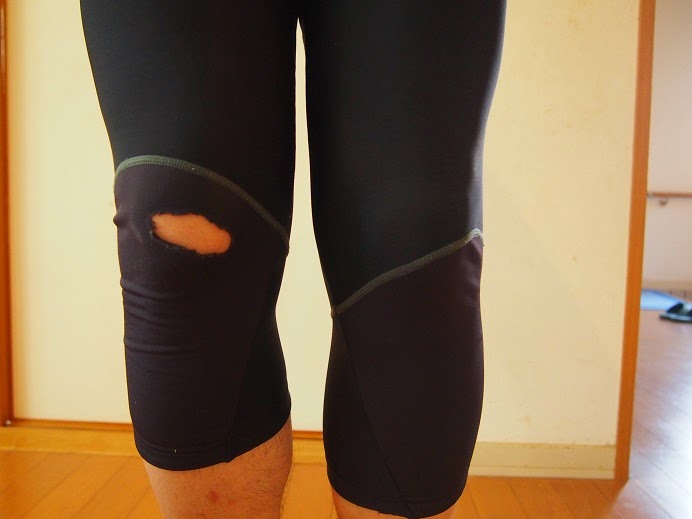 I have now prepared several goods for a bike event called "Tour de Saiki" held in Oita prefecture on Oct. 12. I took part in the event last year and unfortunately I fell down from bike and was severely injured in my left shoulder and right hand.

The accident made a hole in right nee part on my cycle wear. Since then, I had been not making decision to throw away this wear because other parts of it do not worsen and I felt "mottai-nai".

Several days ago, I found a repair kit for this type cloth. This time, I tried it. Now,  I am satisfied with this this repair although "it looks a little bit poor".
投稿者 bikenglish 時刻: 5:59 AM No comments: 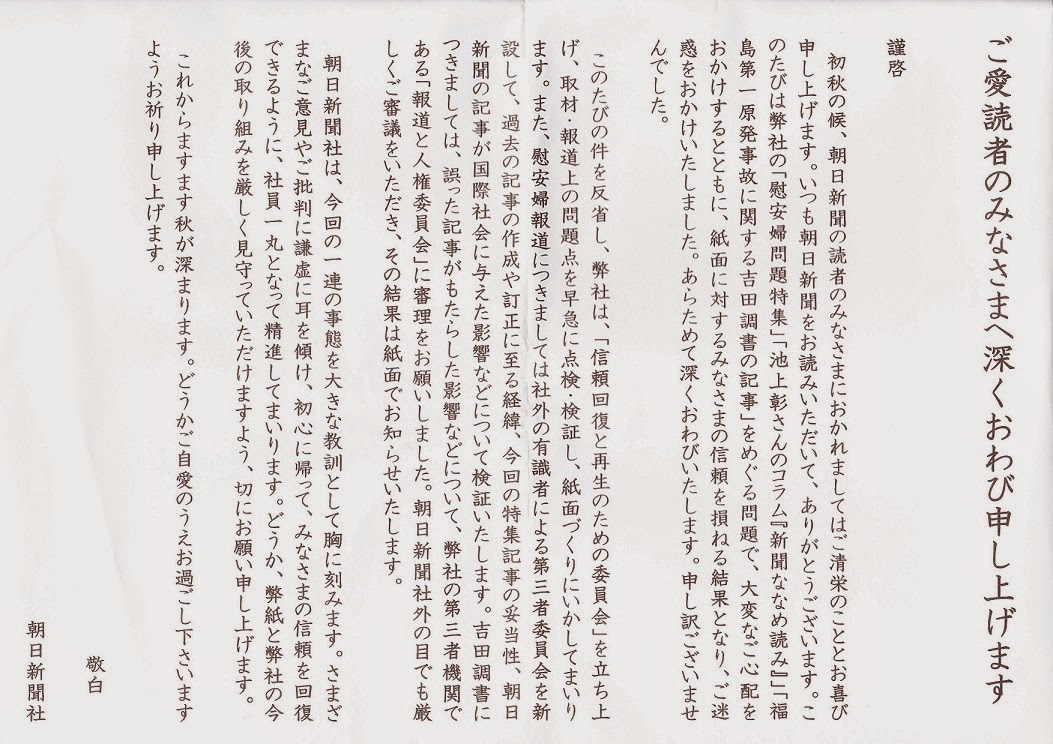 I am a about 50-years-old reader for Asahi Shimbun. But recently I am considering to quit reading it because of its important mistakes on several issues. Some people say "comfort women issue by Japan's Imperial Army" has been lead internationally by Asahi's mistaken reports. I have agreed on a part of their saying.

We, especially ordinary people, are making thought, opinion and idea on social issues by getting information about them from mass media. So media's responsibilities are very important.

I have felt betrayed by Asahi on these problems.

On last Wednesday, a document, this picture, was brought to my house with Asahi newspaper. It has expressed Asahi's apologies on problems and also has said it starts some committees including outsiders that will examine why the corruptions had happened. I have to keep my attention on these movements. 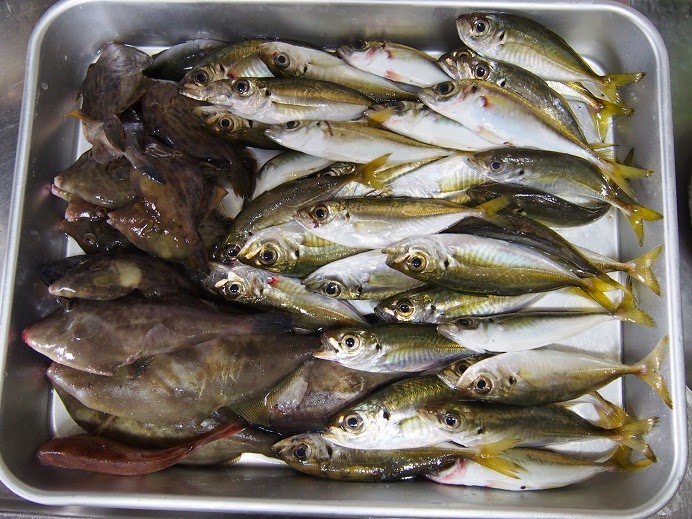 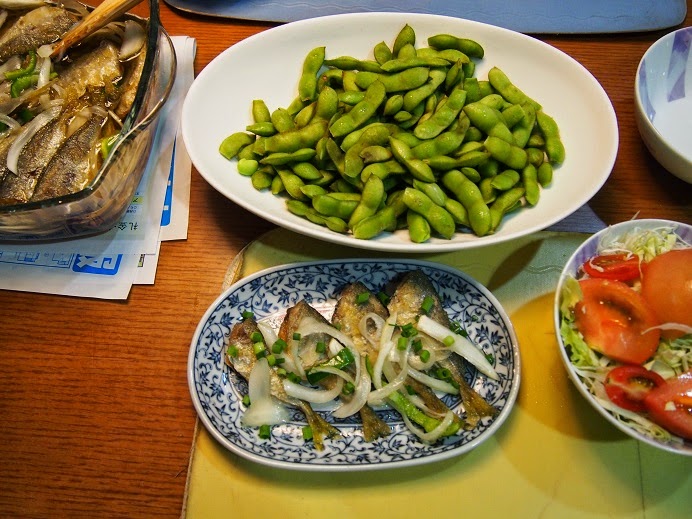 Last Saturday, I went fishing early morning to a fisher's port in Okagaki-town. My target fish was a small "horse mackerel"（アジ）,about 15 centimeters long. I caught more than 30 horse mackerels and several "thread-sail file-fishes"（カワハギ）. At that day's night, I made "nanbanzuke", a deep-fried fish, marinated in a spicy sauce, by using the horse mackerels. And yesterday's night , I ate broiled fishes cooked by my wife by using rest of fishes.
投稿者 bikenglish 時刻: 6:03 AM 2 comments: 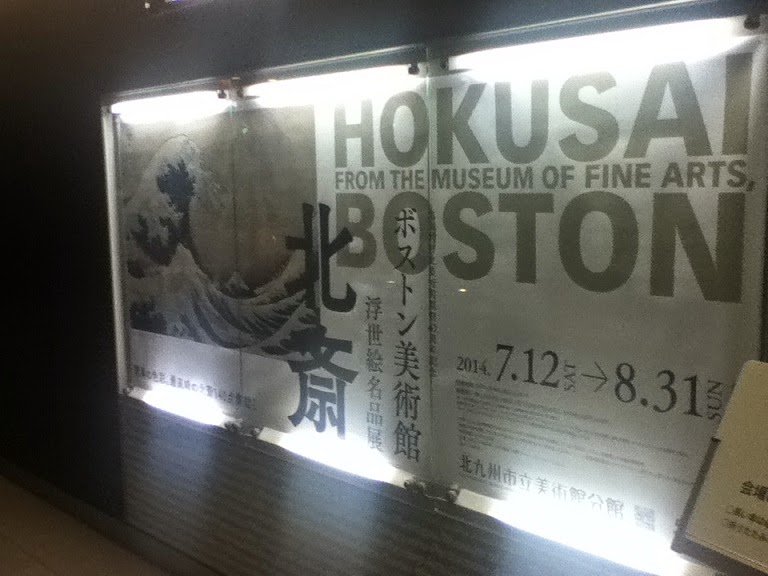 I went to the "Kitakyushu Municipal Museum of Art, Riverwalk Gallery"（北九州市立美術館別館） on August 30 to see "Katsushika Hokusai"（葛飾北斎）'s arts that are housed in Boston Museum. I think that Hokusai is the greatest artist in the Japanese painters. Especially, the composition and lines in his arts are very good, I think. He left a lot of works in his life and they have very different characteristic in the period of when they were drawn. The exhibition had several ones that I had not seen ever. Seeing them has increased my love for Hokusai.