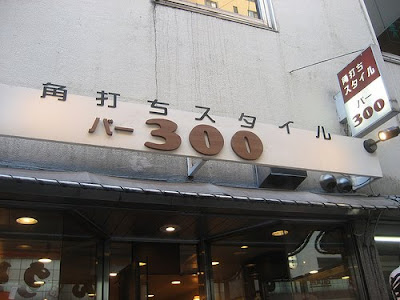 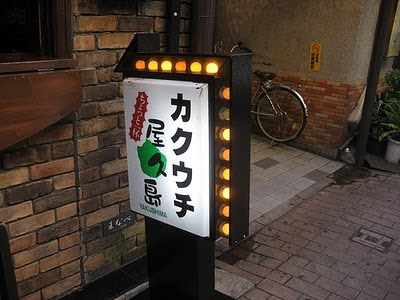 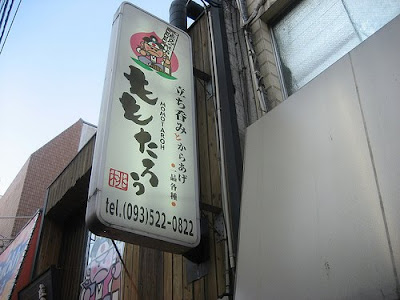 This time, I intoduce a unique word in Kitakyushu（北九州） area.
"Kaku-uchi"（角打ち） is a special word used in only this area. It means a place to drink without using chairs. So, people can drink saving money.

A big ironworks led by those day's government was built in Yahata（八幡） (now a part in the city of Kitakyushu) in 1901 and the area had developed as an industrialized city. Many people, workers and their family members, gathered in this area.

There used to be a lot of workers until in the area in the 1970's when Japanese major industry had begun to change from "heavy" to "light, or electronics, or car".

Workers needed a place where they could drink after work with less money. Some liquor shops started to serve alcohol to them (I think), people called it "Kaku-uchi". But, no one exactly knows where the word comes from.

Generally, "Kaku-uchi" means a place where people can drink next to a liquor shop. But, recently, there are drink places named "Kaku-uchi" in city's urban area. These photos are some examples.
投稿者 bikenglish 時刻: 8:46 PM

Very interesting! Thanks for introducing us to this word. I suppose that I won't be able to use it too often, though, if it's a north Kyushu word, but I might see it sometimes. I'm looking forward to that.

I have another information that I have found in the area. I will show it in this blog in near future.