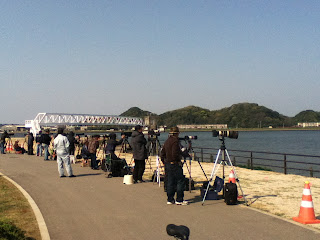 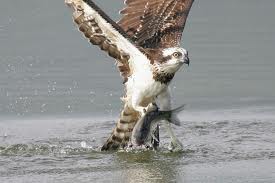 It was fine and I enjoyed a short cycling after an interval of about three month. I did not ride on my bike during this period because of cold weather and allergy to pollen.

I found a group of people who set digital cameras with telephoto lens at the mouth of Onga-river（遠賀川）. I questioned one of them about what they want to take. He told me that they wanted to take a photo of the moment  that "Misago"（ミサゴ） catches game. He also taught me "Misago" is translated in English, "osprey" that is known for American military plane that has recently been deployed at the American Military Base. The plane's name is from the bird's movement that it can hover when it captures game.

This was a little bit ironic scene that showed peaceful moment of bird watchers, but led to a military word for me.

I never knew that about ospreys. How interesting. I think they are beautiful birds. I'm looking forward to being able to take photos again in Japan before long.