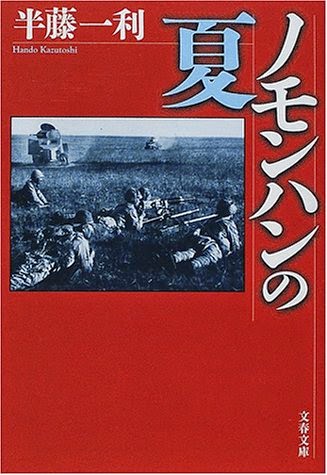 I have finished a book named "Nomonhan no Natsu"(ノモンハンの夏) several days ago. It was about one month for me to read it. It tells about a conflict called "Battles of Khalkhin Gol" between Japan and the Soviet Union on territorial issue just before the beginning of  WW2. It did not take much attentions from the world than other historical events, but as many as 18,000 Japanese soldiers died or injured in the conflict.

There are many and confused reasons why Japan had started the hopeless war against the USA. One of the reasons is that the Imperial Japanese Army had greater power and no civilian could not stop it.

One of the goal of the author is to describe that many soldiers died in vain when top officials did not have a good plan or strategy idea.

Now, military in China has a greater power and it does not look controlled by civilian. Military has a tendency to like conflicts to claim its "raison d'etre", I think. And I think that China's situation looks a little bit similar to Japan's situation before WW2.